I can’t believe it snowed twice in southern Alabama this year! So crazy! It normally only happens here once every 4 or 5 years, but this has been the best surprise. Of course, in the south we really don’t have the equipment or resources to treat our roads when it snows so it can be dangerous and we end up getting snowed in for a couple of days, but it is really fun to play in the snow when you never get to. It also created a lot of memories for my little family and we got in some serious snuggles by the fire which was nice. I take a good snow day (or three) any day of the winter! 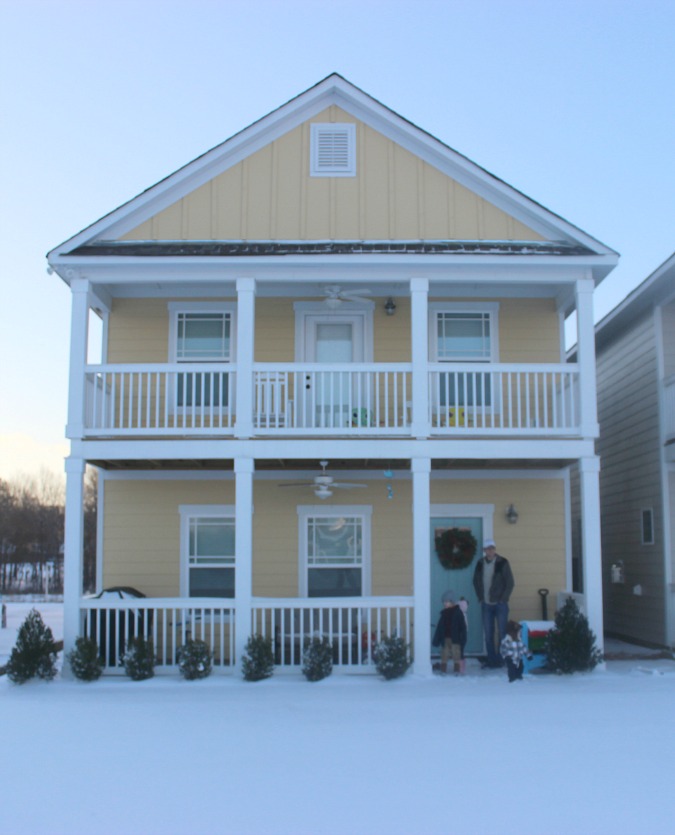 END_OF_DOCUMENT_TOKEN_TO_BE_REPLACED

Last week, I mentioned that I needed a break in a bad way! I definitely got a little bit of a break on Saturday when we took a little road trip to Birmingham, Alabama to celebrate our 4th Anniversary and start on a little Christmas shopping. Ryan and I love to travel and we had planned on a much bigger trip this year, but as always when you have two babies life tends to get in the way. So, we decided to take a little day trip to Birmingham and hit a couple of our favorite spots! When we first arrived, we were already running a little behind because traffic was awful. I’m still not entirely sure what was going on because we never passed a wreck or anything, but traffic was backed up for many miles on I-65. Once we finally made it, we decided to skip New York Pizza (the best pizza I’ve ever had) and go straight to The Summit to start shopping! I bought Ryan an Apple Watch for his birthday/anniversary gift and so we started at Apple and ended at Lilly Pulitzer! After we shopped and walked around for a bit, we ate dinner at The Cheesecake Factory! I had not been there in years and so we decided to enjoy a little comfort food. It was a tough decision as there are so many places to eat in Birmingham. Ryan actually lived in Birmingham for a while while we were dating. He loved living there and we have definitely tossed around the idea of moving there once our house sells, but the way our minds change, there is no telling where we will end up. It’s so nice and beautiful. There are gorgeous hills and beautiful trees. My hometown is totally flat, so it is a nice change of scenery even driving north one hour. We enjoyed some quality time and conversation without the kiddos present and screaming in the background. They were missed, but it is always nice to have a little break. This month, use code LoganBFF19 to get your first subscription of Rocksbox free!

I am beyond excited to go to the 3rd annual Slice Fest in Birmingham, Alabama! Are any of my Alabama ladies planning on being there? I’m a sucker for food and music festivals. I mean, what’s better than pizza and great live music? After a crazy work week, I’m definitely looking forward to letting my hair loose and having fun with family and friends! Of course, I’ve been trying to figure out what to wear – because I’m a girl. After too much time spent on Pinterest, I think I’ve finally figured it out. Here is my take on Festival Fashion: Be on the lookout for my post on #SliceFest2014 on Alabamawomenbloggers.com later next week!

Are you attending any music festivals this summer? Will you be at Slice Fest? If you follow me on Instagram, you have seen the fun my family had in the snow! It’s not every day that it snows in Alabama. It’s a pretty big deal. Unfortunately because it never snows here, we do not have proper equipment and plans on how to deal with all of the ice and snow. There are a lot of families who were separated overnight due to this winter storm and people stranded on the interstate. I know several people who had to ditch their cars and walk home from work yesterday and others who had to leave their children overnight at their schools. There are also countless stories of people helping each other which always restores my faith in humanity. Luckily, my family was safe at home and got to enjoy the 2 snow days that we were blessed with. I hope all of you were able to stay safe and warm at home with your loved ones.