Last week, Ryan and I traveled to Chicago for 3 days for a conference. We went a day early so that we could explore this city. It was our first time there and so we were pretty excited to travel to a new place. After we checked into our hotel, we went to Giordano’s for pizza. It was delicious. They don’t skimp on their pizza. It’s much thicker than ours at home, but I’m not complaining. It was delicious. After lunch we headed to Millennium park where we saw the bean and the beautiful amphitheater. It was pretty neat. We went to Wrigley field for the cubs game Wednesday night and it was really neat to see the ball park. They still use the original scoreboard which is pretty cool. It was definitely a lot different than Turner field. Also, we packed shorts and tanks thinking it was going to be in the 70’s, but when we arrived in Chicago, it was in the low 60’s. By the time we got to the game, the temperatures dropped into the 50’s and so we froze our tails off…until Ryan bought me a sweatshirt. It was a bit shocking coming from our 95+ degree weather to that. Also, they aren’t kidding about the whole wind thing. 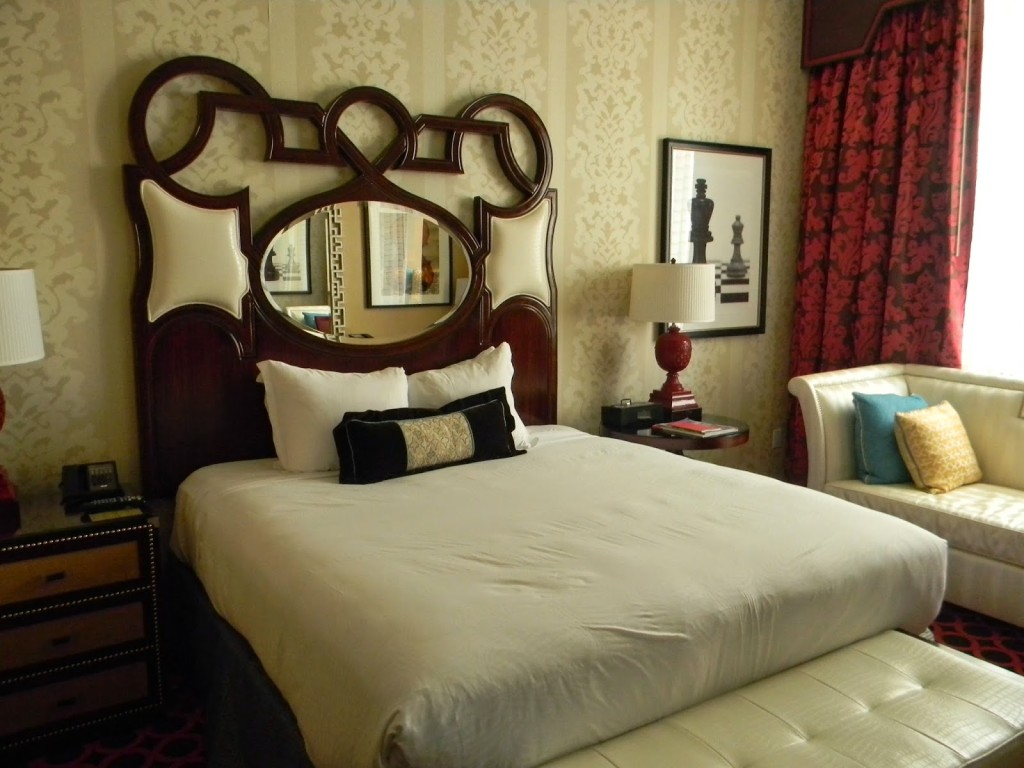 Our second night was spent in a different hotel (the one that Ryan’s company paid for) and it was absolutely beautiful. It was right in the middle of downtown Chicago across from the Trump and Chicago Tribune buildings. The Hotel Monaco was wonderful. It was so clean and luxurious. My favorite part was this window seat. While Ryan was in his meetings, this is where I hung out. I read, blogged and did a lot of people watching. Some tourists even took a picture of me from the ground which was pretty awkward. Whatever works, I guess. They were probably jealous of my window seat. We walked all through downtown and loved seeing all of the buildings. We did a lot of shopping, and I bought my very first Kate Spade bag! I just love my little “”Kate” as I call her. She is beautiful. Friday morning we woke up early and walked down Bellevue Street because I just had to see Giuliana and Bill’s house! This is it! It was really cool. Their house is only a block away from Lake Michigan so we also walked down by the lake which is so big it looks like the beach. It was really foggy that day. We ended our trip by one last stop by Millennium Park! I’m so excited to be co-hosting My Harry Potter Fix, today! Feel free to link-up your Harry Potter inspired fashion!